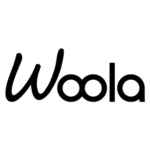 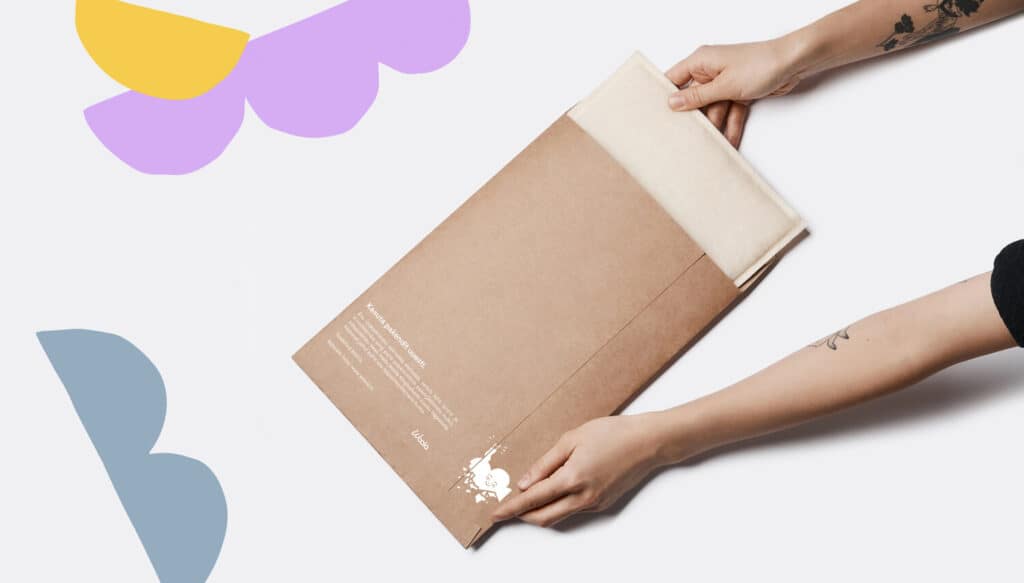 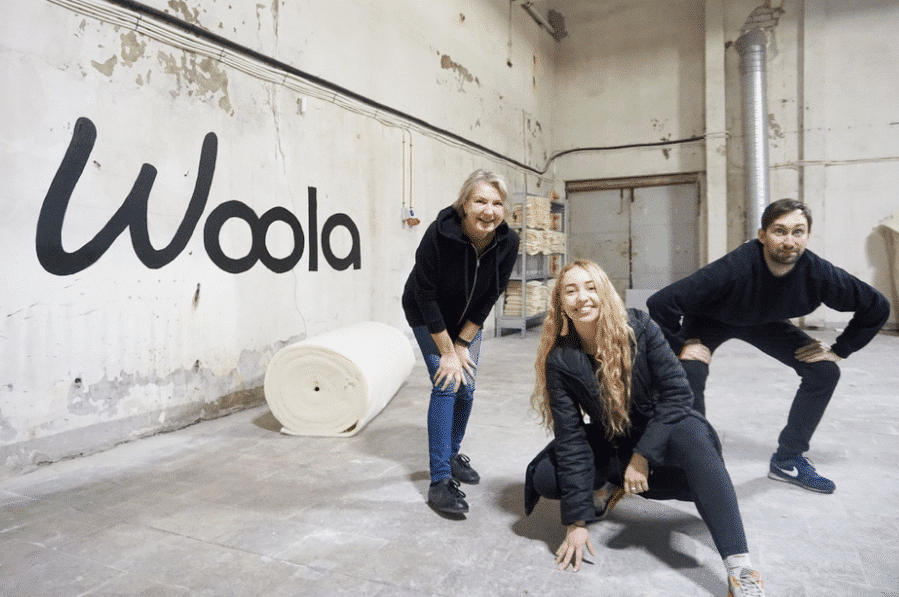 Woola is an Estonian startup that produces bubble wrap made from leftover sheep’s wool. About 90% of all sheep’s wool produced in Estonia goes to waste. That’s around 153 tonnes of waste wool per year that gets burned or buried.

Woola’s mission is to reduce the amount of plastic waste that comes from e-commerce and therefore reduce its impact on the environment.

The challenge of the recruitment project

Finding the right people for a fast-growing start-up

The main challenge of the Woola hiring project was to find the right people for a small yet fast-growing start-up. This meant that in addition to the right skills, the candidate had to fit into Woola´s culture. For this, we had to gauge to what degree candidates were interested in sustainability and Woola´s mission to reduce the environmental impact of e-commerce.
“Hiring the right people is fundamental to everything that follows. Because our team is quite small and we all wear multiple hats, we needed professional help with hiring. TalentHub has experience with fast-growing startups and therefore it was easy to develop a mutual connection.” 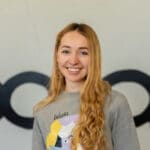 1. Mapping out the candidate profile: Our first priority was to define the role because Woola had never hired a production technologist before. We decided to look for candidates who had good Estonian and English skills as well as relevant working experience and an academic degree. In addition to the right skills, the candidate had to be motivated to bring changes to the company.

2. Candidate searching: Because we were looking for a person with specific skills, we used headhunting, networking and references to find candidates.

3. Validating the candidates: After headhunting, we conducted screenings with the chosen candidates. During this, we enquired more about the candidate´s working experience, their previous projects, as well as their motivation and expectations regarding the role. Based on this, we decided whether the candidate was a match for the production technologist role at Woola.

Finally, only the best candidates were selected for interviewing, but we also gave Woola the chance to see candidates who didn’t get past the screening.

4. Interviews and offer: The interviews were carried out by Woola. We received positive feedback from them regarding the candidates. In total, the recruitment process took five weeks until the candidate accepted the offer. 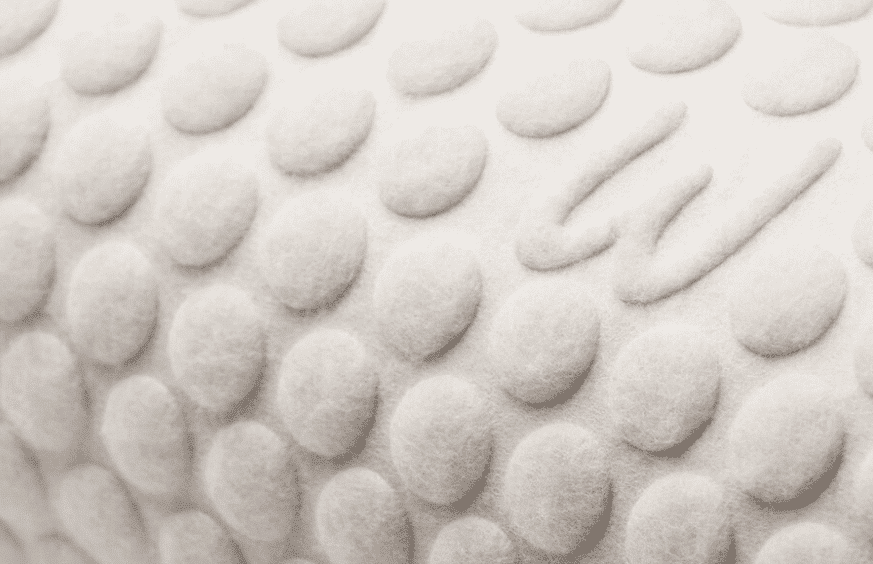 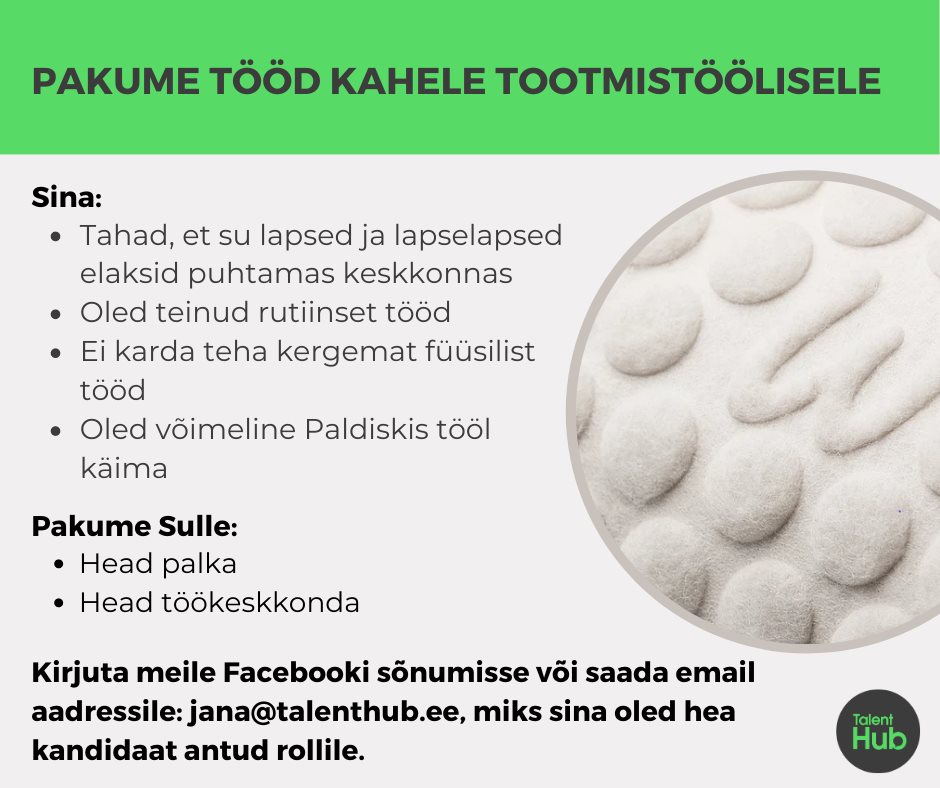 1. Mapping out the candidate profile: What made the recruitment process easier for us was that Woola already had a vision of the kind of person they would like to hire. We were looking for production workers who were content with routine work and wouldn’t shy away from smaller physical tasks.

Additionally, it was important that the candidate would actively participate in helping them do things better and would be interested in their mission to reduce the environmental impact of e-commerce.

2. Candidate search: Considering the candidate profile for this role, we had to find an alternative to method to headhunting. Because this role was based in Paldiski, we decided to advertise the role in various Paldiski-centric Facebook groups.

3. Interviews and offers: Interviews with the candidates were carried out by Woola. We were in regular communication with each other throughout the interview process through a Slack channel, and received positive feedback regarding the candidates. In total, the recruitment process took two weeks until two candidates accepted offers from Woola.

1. Hired 3 new employees in a short period of time

We managed to hire three new employees for Woola within a short period of time. When usually a recruitment project takes 2-3 months, then this project took only 5 weeks. Taking into consideration that there was also a Christmas period in between the project, it could have gone even quicker.

The production technologist accepted the job offer within five weeks, whereas it took two weeks for the production workers to take the offers from Woola.

Throughout the recruitment process we put emphasis on the cultural fit of the candidates. For this, our recruitment partner Jana conducted screenings during which she explored the motivation behind the candidates. Thanks to this, we were able to send Woola only candidates that were a great fit.

3. Saved the client’s resources, including time and money

Partnering with TalentHub enabled Woola to save resources, including time and money. Although Woola was in communication with us throughout the recruitment process, they were able to focus on their core activities.
“Hiring the right people is fundamental to everything that follows. Because our team is quite small and we all wear multiple hats, we needed professional help with hiring. TalentHub has experience with fast-growing startups and therefore it was easy to develop a mutual connection.”