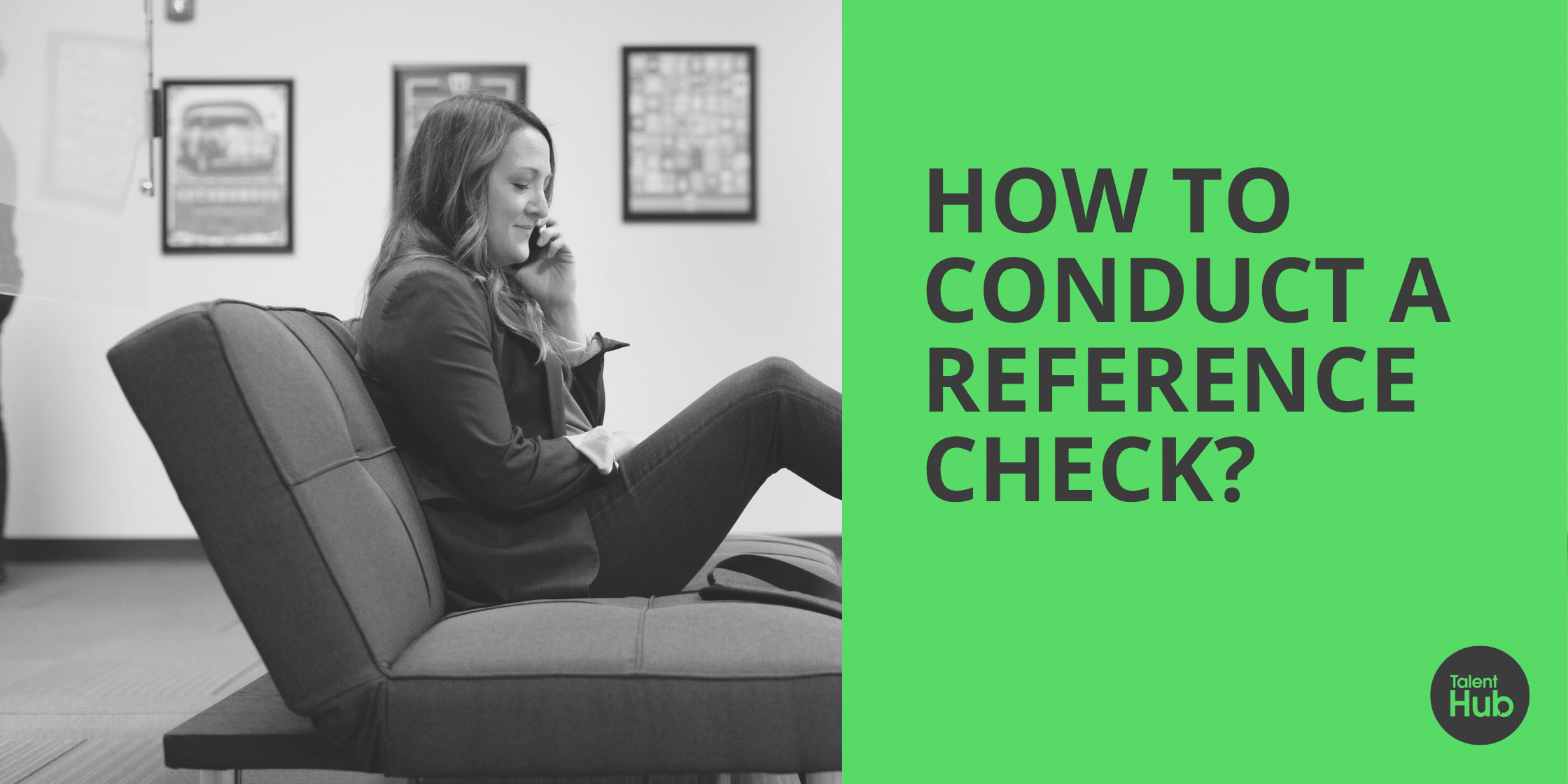 How To Conduct a Reference Check (+ Free Template)

You have gone through the hiring process, and have a couple of evenly matched candidates left. You are under pressure to make the best hiring decision as soon as possible.

Or maybe you already have an idea of who you are going to hire, but could use some reassurance.

What Is a Reference Check?

A reference check is when a prospective employer contacts the job applicant’s previous employers to verify what was said in the interview, as well as to learn more about their experiences and skills.

Why You Should Conduct a Reference Check

When done right, a reference check is a great way to confirm the quality of your candidate. A reference check gives you insight from another professional into whether the candidate is a good performer or not. It is an opportunity to not only identify any red flags about the candidate, but also receive positive insight that might not have been covered during the job interview.

In most cases, a reference check confirms everything you already know about the candidate. Yet, there’s a chance that you might receive some new information, whether it be good or bad.

We have come up with a guide on how to conduct a reference check that gives you extra information you need to make a better hiring decision.

What You Should Do Before Conducting A Reference Check

Before checking the candidate’s references, you first need to ask permission from them.

If an employer gives a reference that’s untruthful, they could be sued by the candidate.

Ideally, you want the candidate to provide contact details of two to three most recent managers/colleagues. For the references to be relevant, these people should have worked closely with the candidate.

Once you have the contact information, we recommend you to send an email to the reference, letting them know the questions you are going to ask them, how long it will take, as well as enquiring about their availability for a phone call. It is also good if the candidate would already notify the references about the possibility of them being contacted.

We recommend you to perform your reference check via a phone call. This way, you can get all the information you need in one go. You won’t have to clarify any points by, for example, sending follow-up emails. By calling the reference, you can also listen to their tone while they’re answering your questions.

When making the phone call, you don’t want to jump straight into the questions. Instead, you should first introduce yourself and give a brief overview of the role the candidate is applying for. Also mention the qualifications needed to succeed in this role. By doing this, you’re giving the reference a direction on what to focus on, leaving you with more relevant information.

Then go ahead and start asking questions about the candidate. We have come up with eight questions you should ask when conducting a reference check:

1. How did you collaborate together?

You should start things off by confirming a few things that the candidate has already told you during the interview. This involves asking the reference about the candidate’s role at the time, as well as how long did their tenure last.

2. What was the main role of the candidate? What did they work on?

3. What kind of tasks was the candidate really good at?

Chances are you already have an idea about what the candidate’s strengths are based on their resume and interview.

By asking this question from the reference, you get an opportunity to reassure the things you observed during the interview.

Or, if the candidate is not the type to sell themselves, asking the reference this question could also bring up extra qualities and strengths that didn’t come up in the interview.

4. What are the things that the candidate should improve upon in the future?

This question serves two purposes. One is that you’ll be able to get an idea of how you’d be able to support the candidate if you hire them.

The other purpose of this question is to find out any reasons you should reconsider hiring the candidate on your team. Let’s say you are hiring for a senior role that requires people management skills. If the reference describes the candidate as overly controlling, and your current employees dislike being micromanaged, it could be a red flag.

5. Who did the candidate work with? Who were their teammates?

Here you should expect to learn who were the candidate’s main colleagues they worked with. Also enquire what was their relationship like with their closest team members.

6. How would their colleagues describe them and their work?

“If I’d ask your team members about you and your work, what would they say?” is one of the interview questions we encourage you to ask the candidate during the job interview.

Yet, by also asking the same question from the reference, you can see how their answers line up.

7. Would you work with the candidate again?

8. Is there anything else you would like to add?

You should look to conduct a reference check before hiring someone on your team. It is a good way to give you more confidence about your hiring decision.

But remember, if you only check one of the candidate’s references, you can’t take everything they say as gold. Ideally, you should look to gain insight from at least two relevant sources.

Did you find this article helpful? Leave a comment below and we’ll help in case you have any questions!

Subscribe to our newsletter!
Recent Posts
Categories
Go to Top